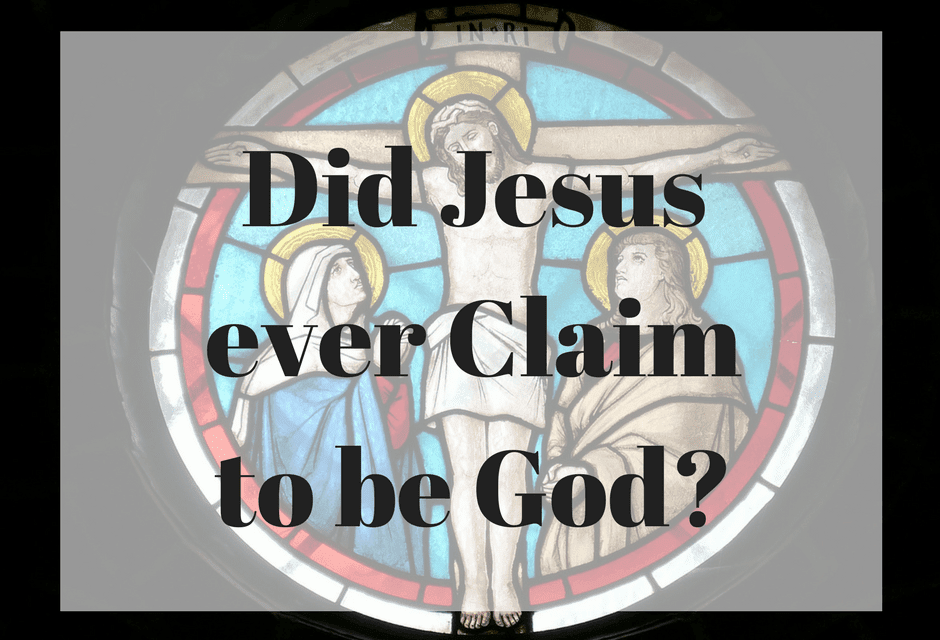 A huge point of contention among “offshoots” of classical Christian doctrine is whether or not Jesus is actually God.

For instance, Mormons assert that Jesus was the Son of God and possessed the nature of “a God,” but they also believe this about us. Foundational to the Mormon belief system is that one day, we too will be exalted as “Gods.” This is hard to fathom seeing as how Mormonism recognizes the King James Bible as the final authority of Scripture.

Jehovah’s witnesses, on the other hand, claim that Jesus is not God, and never even claimed to be God. He was a prophet from God, but that is about all.

I am not an expert in these fields so I will not claim to be, but it seems to me that a fundamental (and even basic) reading of Scripture suggests that Jesus Himself, on many occasions, claimed to be God!

Well just look at a few portions of Scripture and examine the language of Jesus, in order to see if He really did ever claim to be equal with God.

Now hold up–Jesus Himself did not actually say this, right? Kinda.

We are presupposing the authority of Scripture here, and God, Jesus, and the Holy Spirit make up the Holy Trinity. Since the Holy Spirit gave the Inspiration to the Bible writers, I believe we really need to consider this passage.

“Word” here is capitalized as a proper noun. This indicates that it is actually a name. If we go ahead and read further into the message, the picture becomes a bit clearer.

Notice verse 14–“And the Word was made flesh, and dwelt among us, (and we beheld his glory, the glory as of the only begotten of the Father,) full of grace and truth.”

This is an unmistakable claim to the deity of Christ.

If you take the time to read the entire chapter, I believe you will find that the whole chapter is speaking of Jesus. Furthermore, the entire point of the first few verses of John’s Gospel is to establish that Jesus is God!

Therefore, I believe it would be a mistake to believe that the Bible does not claim that Jesus is God.

Claim #2: Jesus, the Jews, and Abraham

In this remarkable standoff, Jesus is going back and forth with the Jews. They are trying to trip Him up–to get Him to say something that they could use against Him.

Jesus goes on to tell them, “Look–Abraham rejoiced to see me! He saw the day that I would be coming, and was glad!”

This statement really confused the Jews. They said, “Earth to Jesus–you’re not even 50 years old! How in the world have you seen Abraham?”

Then Jesus’ remarkable statement: “Before Abraham was, I am.”

This is significant. In the next verse, they were trying to stone Him! Why?

Remember Moses’ encounter at the burning bush. “Who should I tell Pharoah has sent me?”, asked Moses to the bush. The reply? “I AM hath sent you.”

Make no mistake–Jesus was claiming to be God.

Jesus was telling a multitude of people this parable of the Good Shepherd.

He explained how His sheep know His voice–how, as the Good Shepherd, He would lay down His very life for His sheep.

He claimed that His Father had given Him the power and authority to lay His own life down and to take it back up again.

Verse 19 gives us an all too familiar picture–“There was a division therefore again among the Jews for these sayings.”

They said, “Look–if you are who you say you are, just tell us plainly!”

Jesus comes back and explains that He has been telling them all along, but they refuse to listen! He says, “I told you, and ye believed not: the works that I do in my Father’s name, they bear witness of me. But ye believe not, because ye are not of my sheep, as I said unto you.”

Then, a few verses later, the claim: “I and my Father are one.”

Notice, once again, the Jews reaction–this time more in depth: “Then the Jews took up stones again to stone him. Jesus answered them, Many good works have I shewed you from my Father; for which of those works do ye stone me? The Jews answered him, saying, For a good work we stone thee not; but for blasphemy; and because that thou, being a man, makest thyself God.”

In this passage, it is quite clear that Jesus has, once again, claimed to be one with God the Father.

The accusations that were leveled against Jesus accurately reflect His claims. He claimed to be God, but not for blasphemy’s sake, but because He truly was and truly is God. 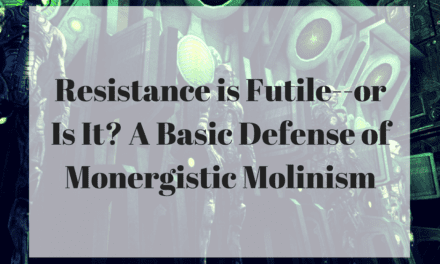 Resistance is Futile–or Is It? A Basic Defense of Monergistic Molinism 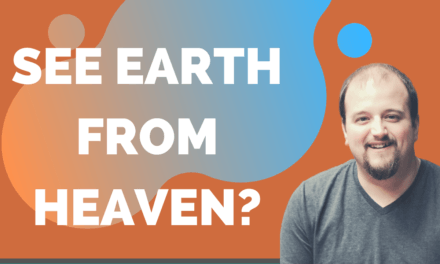 Can People in Heaven See What Happens on Earth? 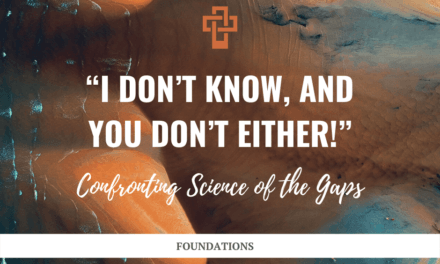 “I Don’t Know, and You Don’t Either!” — Confronting Science of the Gaps 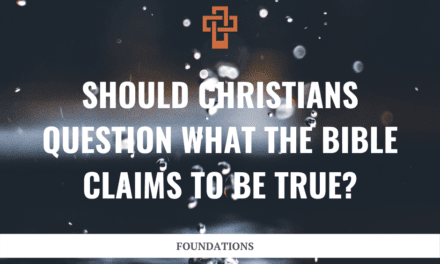 Should Christians Question what the Bible Claims to be True?