On yesterday’s podcast episode I discussed my approach to apologetics…

For those who didn’t listen—briefly, I take what many call a presuppositional approach to apologetics, although I sort of despise the term for two reasons:

Again…catch the Bible Nerd podcast episode called “My approach to apologetics” for more.

Namely, that it fully appreciates the issue of worldview.

When discussing ANYTHING ideological, what is the issue?

Well, it’s all of these things…except none of them.

Your worldview will determine how you think about all of these areas.

Is it the chicken, or the egg?

According to the Bible, the worldview is…well, the chicken.

The natural man is hostile toward the things of God. Is it failure to believe in and follow the God of the Bible which defines his depravity.

Insofar as she is antagonistic against God, she will almost certainly take a different point of view about ethics, preferences, politics, religion, etc.

So I appreciate the presuppositional approach because it goes right for the jugular. It refuses to spend time on peripheral issues and keeps the main thing the main thing.

We must not get confused about that. Peripheral issues and causes are not only important, but even deserve our attention! Christians ought to fight on every battlefield possible.

However—when it comes to the issue of evangelism and trying to show a person his need of Christ, you will not get very far arguing about who should win the next election.

What’s at issue is the person’s disposition toward Christ—their worldview.

A Biblical worldview will answer all the questions of life in a fundamentally different way from all others.

One last point: One may reasonably ask, well, what if a person does not follow the biblical worldview and yet believes “all the right things” (whatever that even means) about ethics, politics, etc. They are kind, want the best for people, and so on.

C.S. Lewis deals beautifully with this entire question in his book Mere Christianity, using the parable of “Dick and Miss Bates.”

But it can be summed up by this statement:

It costs God nothing, so far as we know, to create nice things: but to convert rebellious wills cost Him crucifixion. And because they are wills they can—in nice people just as much as in nasty ones—refuse His request.

Again, the issue is not any of those peripheral matters. Lewis’ point is…sure, God can make Dick to be a nice person. But if Dick doesn’t know Christ, he is nevertheless without hope.

I discuss more about the issue of worldview in my book, Truth Be Told. You’ll learn all about worldview and how to use it in apologetics in chapter 8.

You can grab a copy (physical or digital) on Amazon. Here’s a link: www.SteveSchramm.com/TBT 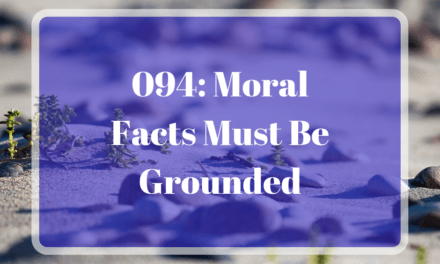 094: Moral Facts Must Be Grounded 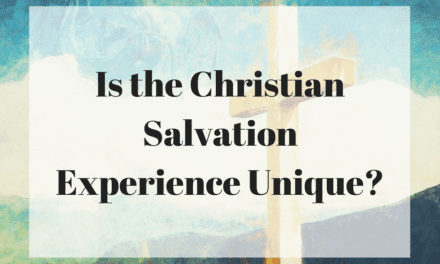 Is the Christian Salvation Experience Unique?