Why I Tend to Trust Experts Who Toe the Line

Cue controversy. Let me say up front that I don’t expect everyone to agree with me here, I don’t think it’a perfect position, and I have a lot more thinking to do. So don’t crucify me.

But I have been reflecting on something lately that I think some readers may find interesting.

Before continuing, let me carefully define what I mean when I say I tend to trust people who toe the line.

I suppose I should define what I mean by expert as well. I take an expert to be someone who is credentialed in his or her field and has demonstrated the ability to speak intelligently about their field among their peers.

As a more specific example, take a creationary biologist like Todd Wood. Wood has been criticized by many for being too friendly to evolutionists. For example, see here. Evolutionists have used and abused this post of his. Fellow creationists have crucified him for it. And yet, he remains as committed a creationist as I’ve ever seen.

He is confident in his position, but for the right reason: His unwavering commitment to God’s Word as ultimate truth.

While he would admit that science bears out his position, he would also freely admit that some of the evidence is difficult for creationists. But it’s also difficult for evolutionists! When I read Todd, who is not particularly eloquent so as to be an overly provocative writer, I just get the sense he is being honest. I don’t get that from many writers.

Again, that’s not to say I’m right about this. However, if my definitions above prove to be sound, Todd most certainly fits them.

Now, this also does not apply universally. For example, there’s legitimately zero evidence that anything like abiogenesis has occurred. The best argument an evolutionist can give for this right now is, “we’re here, so it must have happened.” Well, guess what? That’s a logical fallacy.

The world’s best synthetic chemists, biochemists, and evolutionary biologists have combined forces to form a team—a dream team in two quite distinct senses of the word. Money is no object. They have at their disposal the most advanced analytical facilities, the complete scientific literature, synthetic and natural coupling agents, and all the reagents their hearts might desire. Carbohydrates, lipids, amino acids, and nucleic acids are stored in their laboratories in a state of 100% enantiomeric purity.

Would the dream team—please—assemble a living system?

Let us assume that all the building blocks of life, and not just their precursors, have been made to a high degrees of purity, including homochirality where applicable—the carbohydrates, the amino acids, the nucleic acids, and the lipids. They are stored in cool caves, away from sunlight, and away from oxygen. These molecules are indifferent to environmental degradation.

And let us further assume that they are all stored in one comfortable corner of the earth, not separated by thousands of kilometers or on different planets.

And that they all exist not just in the same square kilometer, but in neighboring pools where they can conveniently and somehow selectively mix with each other as needed.

Now what? How does the dream team assemble them without enzymes?

Very well. Give the dream team polymerized forms: polypeptides, all the enzymes they desire, the polysaccharides, DNA and RNA in any sequence, cleanly assembled.

We teach our students that when a mechanism does not support their observations, the mechanism must either be revised to support the facts or entirely discounted. They are not required to provide an alternative.

We are such stuff as dreams are made on. It has a ring among prebiotic chemists.

So it’s not as though I tend to trust a person more because they toe the line irrespective of the issue at hand. That’s an important distinction, which is why it must ultimately come down to the nature of the evidence, etc.

The point is that I have found value in, again, tending to trust those who seem to be dealing most fairly with the evidence. I could be wrong about certain people in this regard, including those I’ve mentioned in this post! But I don’t think I am.

Why Are You Still Reading the News? 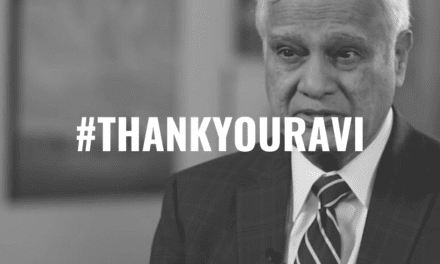