Marriage in the Bible and Sinning Against God 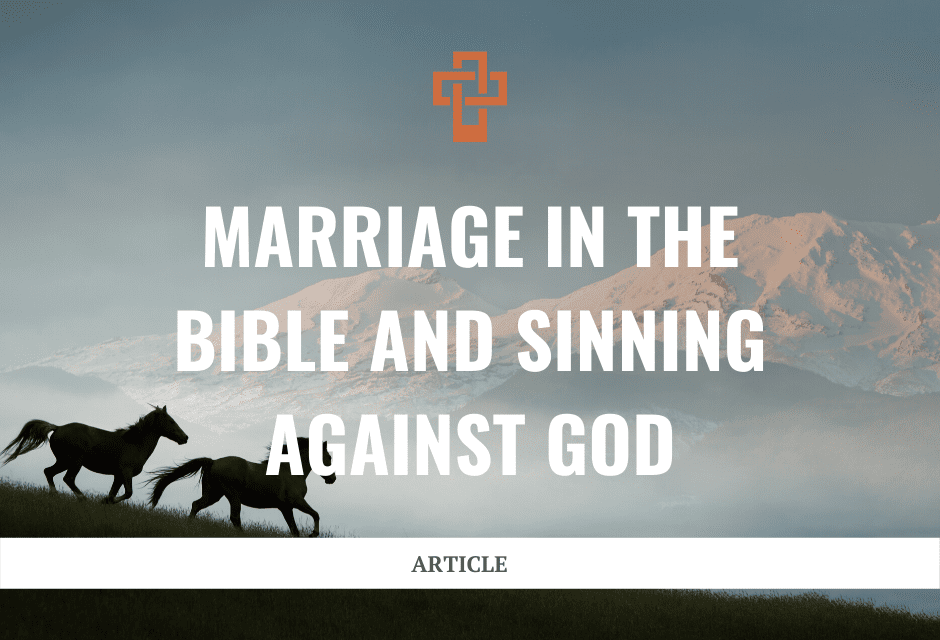 There are multiple references to marriage in the Bible. In fact, many go so far as to say that God invented marriage.

Of course, I agree.

But so many make the mistaking of thinking marriage is more of a constitutional union. In other words, one is married insofar as they have a piece of paper that declares it to be so.

This isn’t necessarily wrong, but it is not the full picture.

Early on in my ministry, I wrote about the true definition of marriage:

Marriage has nothing to do with love, feelings, emotions, judges, preachers, court documents, soulmates, knots, ribbons, or even wedding ceremonies. Marriage is not horizontal; it is vertical. It is a promise first to God and second to your spouse.

The government’s redefinition of marriage allows for union’s of a nature that God never intended to take place. But if marriage is a particular thing, it cannot be redefined willy-nilly.

God says marriage is the union of one man and one woman becoming one flesh for one lifetime.

Marriage is defined this way for a reason; it is the depiction of another kind of marriage—the marriage between Christ and his bride.

The marriage relationship is used throughout the Bible in a metaphorical sense. The idea is to connect God’s true definition of marriage with the relationship we enter into when we become “in Christ.”

God is the source of all masculine power; God is also the fountain of all feminine allure. Come to think of it, he is the wellspring of everything that has ever romanced your heart. The thundering strength of a waterfall, the delicacy of a flower, the stirring capacity of music, the richness of wine. The masculine and the feminine that fill all creation come from the same heart. What we have sought, what we have tasted in part with our earthly lovers, we will come face-to-face with in our True Love.

In other words, the loving marriage you enjoy today is pale in comparison to the Divine Union with have with Christ.

However, it is a similar feeling. A healthy marriage will involve sacrifice, unconditional love, euphoric sexual connection, and implicit trust.

But what about the unhealthy marriage?

The Destruction Caused by Sin

Thinking on this theme of marriage in the Bible the other day, it became even more clear to me how destructive sin is.

Let’s be honest: For many of us, “sinning against God” is a bit abstract.

We know what it means, we know it’s bad, and the most attentive of us realize it hurts a person—and I’m not talking about you!

Often times, sin has disastrous consequences for those around us. Particularly the people we love.

But outside of taking another’s life, there is perhaps no sin you can perform against another as grievous as marital infidelity. And in a biblical worldview, it’s no mystery as to why.

The pain caused when you sin against your partner causes a ripple effect throughout your life, but it certainly affects your lover the most. They have entrusted their life to you, and in what may have been nothing more than a momentary lapse of judgment, you have broken that trust.

Of course, this often leads to something worse—an exchange. You exchange the relationship, the love, and the promise for something superficial; a fake; a mirage.

The same exact thing happens when one turns his back on God. The Bible calls this exchanging the truth of God for a lie (Romans 1:25). This grieves the heart of God in a way we can’t understand, but which we can catch a tiny glimpse of in the marriage metaphor.

But even with that assumption, think of the hurt, pain, and damage that has been done.

Fortunately, there is total reconciliation in Christ. I am thankful that to be “in Christ” means “there is now no more condemnation” (Romans 8:1).

The next time you consider that pet sin, that evil thought you are harboring inside, that malice that grips you when you see a certain person, that allure which comes so easily to our flesh—think about what that sin does against God by framing it in the context of the immediately tangible.

What if it was your wife? Your husband?

Keep that relationship alive and well by following James’ advice: “Submit yourselves therefore to God. Resist the devil, and he will flee from you. Draw nigh to God, and he will draw nigh to you” (James 4:7). 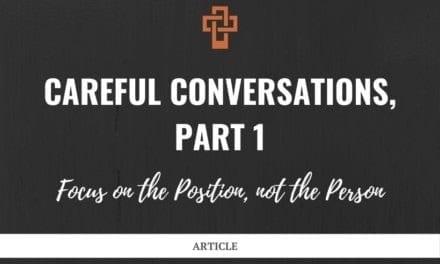 Careful Conversations: Focus on the Position, not the Person 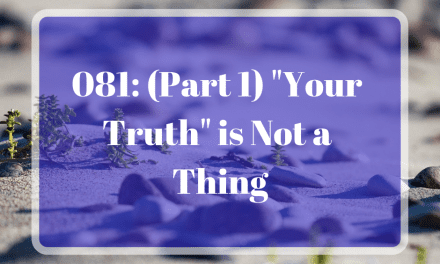