A Loving Christian Response to Homosexuality 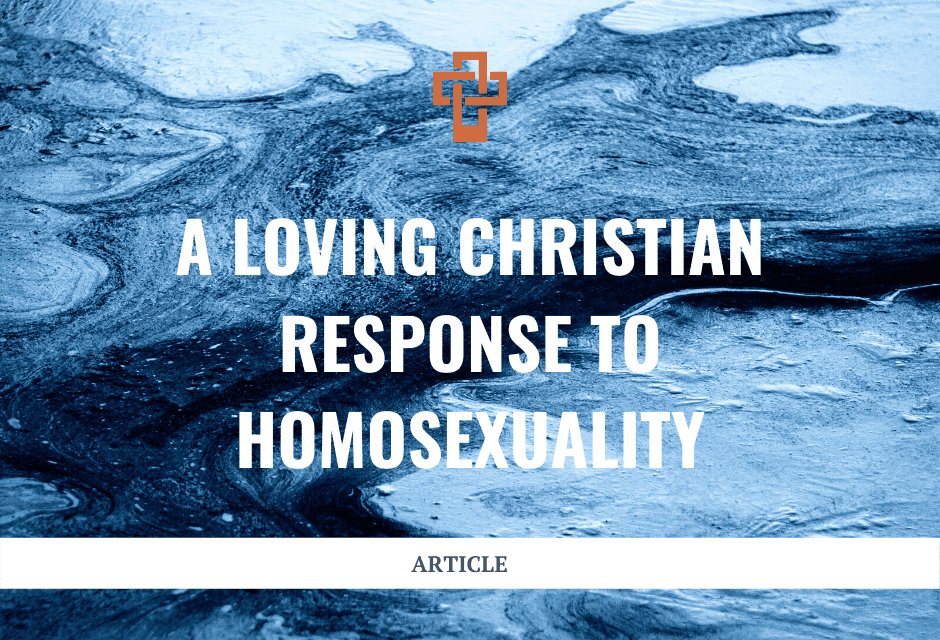 Our church has recently concluded a series on tough questions in the Bible, and naturally, the question of how to respond to family members and other loved ones who have chosen to adopt a homosexual lifestyle came up.

I was happy with the way we responded to the initial question, but some follow up questions arose that we did not have time to more fully flesh out.

Some of the follow-up questions were:

I don’t intend to answer any of those questions directly with this post, though I may do so in the future.

Rather, I’d like to lay out in brief what I believe the most appropriate general response is to this issue. While there may be some ancillary questions like those above which require further discussion, by default, I believe the Christian response should be something like the below.

Some have asked, “who cares?” Why is this such a big deal?

Indeed even many Christians seem confused on this point, given the willing acceptance of homosexual behavior and lifestyles within some mainline denominations.

The big deal is this: This is a lifestyle that goes against God’s created order, is both explicitly and implicitly rebuked in the Scriptures, and is even as regarded as the natural outworking of God’s judgment on rebellious people.

But the only alternative is to deny reality. If we’re concerned with living rightly in God’s world, this issue matters, and this is why it’s a big deal.

Now, let’s be careful not to make too big a deal out of it.

Meaning, don’t be a drunkard on Saturday night and then rebuke homosexuality on Sunday. Sin is still sin, and all sin is evil. God will judge the liar in the same measure he will judge the homosexual because the core issue is the rejection of Jesus—not necessarily one’s sin of choice.

But nevertheless, this is a hot-button issue in our culture, so working out a truthful yet gracious response is necessary.

Here is my three-fold personal response to this issue:

Let’s get clear on one thing up front—love and affirmation are two entirely different concepts.

Our culture has blurred the distinction here, to its detriment. Lives are destroyed because people are not willing to speak the truth in love to their family members.

Ironically, to blur these is to be unloving! But sure enough, it’s hard to convey that when dealing with emotionally charged issues.

I get that, but again, the only alternative is to deny reality and be unloving!

We cannot express our approval where God expresses his disapproval.

Make no mistake, God is much more concerned with your being right with him than being liked by your friends or family members (this is the principle taught in Luke 14:26).

So we love them while refusing to affirm their behavior. And finally, we pray for them. We have to! If not, we’re not living consistently with our beliefs.

If we believe God has the power to change hearts, minds, and lives, we simply have to take this to him in prayer. Only with his help can we hope to be persuasive and lights in the darkness around such a contentious issue.

What about when someone—friend, family member, coworker, et cetera—asks for our particular view on this? How should we respond directly to them?

The Tactics book I’ve recently written about will prove quite useful, here.

In the book, Greg Koukl gives some advice on how to respond when we’re placed in the difficult situation of being asked to share our view of a contentious issue.

I’m going to paraphrase in order to import the example of homosexuality, but Koukl suggests that your initial response to the request go something like this:

Ok, if I understand correctly, you’d like to me to share my views on homosexuality. Before I do that, I’m sure you realize that this is a very senstive topic for discussion, and I don’t want you to get the wrong idea or misunderstand my position. So let me ask you: Is this a safe environment for me to share and express my opinion on this?

What you’re doing is placing the responsibility for the tone and cadence of the conversation on them. By even asking this question you insinuate that you don’t aim to hurt feelings or be abrasive; you’re simply asking if they are willing and able to provide you with the same courtesy.

Now if they say yes, and then fly off the handle, they are the guilty party for letting the conversation spin out of control.

I would recommend always starting with some variation of the above paragraph when asked to share your thoughts on a contentious issue.

It can’t hurt! There is a stereotype that the Christian is going to come unglued with “bigoted hate-speech,” whatever that really means, and this simple gesture will affirm your commitment to candid, but gracious dialogue.

From there, assuming they indicate it’s okay for you to continue, I would not immediately jump to those passages in Scripture which condemn homosexual behavior.

I understand you may think that is misguided, but allow me to explain my reasons.

These particular passages so explicitly condemn this behavior that they are often referred to as the “clobber passages” by those ostensibly Christian groups who claim that you can be “gay and Christian” (their words, not mine).

And while I fully affirm that these verses are good, right, and true and that they could be used in such a conversation to prove the point that the Bible teaches this lifestyle is sinful, I don’t think quoting those verses at your homosexual friend, family member, or coworker will do anything to advance the conversation.

So it’s not as though we “hate gay people” or are “old fashioned” or “can’t keep up with the times” or “don’t think gay people deserve happiness” or anything of the sort; rather, we simply want to live according to reality.

We take the biblical view of the world to be correct for a variety of reasons, and part of holding that view entails holding views of the nature and even purpose of sexuality.

So, what’s the point in taking this tact?

Simply this: You want to move the conversation beyond the simplistic idea that being gay strictly speaking is the problem. Such a view leads to the charges of hate speech, bigotry, et cetera, even where one is not guilty.

I believe we can accomplish this by appealing to creation, and showing that we don’t hate anyone; we just have a different foundation and starting point, which informs our respective views of reality.

By the way, after clearly establishing this fact, it would be completely appropriate to cite evidence demonstrating that fact, such as biological information and studies demonstrating the harmfulness of homosexual behavior, to the extent you know that information well enough to share.

See, the real issue is worldview.

Our view of the world, which is backed up by scores of evidence, informs how we live and interact in the world.

There are many different beginnings and endings in play when you contrast a biblical worldview with a naturalistic one.

When you tease out your differences in terms of worldview and then discuss the evidence from there with respect to which is true, the game changes. If you’re a seasoned defender of the faith, you just might be able to make some headway here.

You are letting them know you disagree, but letting them know fundamentally why. This shift in conversation is huge! It means that your discussion will now focus around the reasons for holding your view of the world as a whole, rather than this ancillary contentious issue.

A drunkard has a drinking problem, for sure; but more immediately they have a sin problem. I can’t think of many people who would argue that it’s more productive to cure the man of his drinking habit before inviting him to trust in Christ.

Why, then, do we not apply this standard to the issue of homosexuality?

Let’s share the Story of creation with them, introduce them to Jesus, tell them about the glorious gospel of God, and then watch him work and place the results in his hands.

This approach may not ultimately convince everyone, or anyone, for that matter.

But I think this is a constructive way to maintain your trust, rapport, and position of influence with those around you who disagree, speaking to them the truth in love. 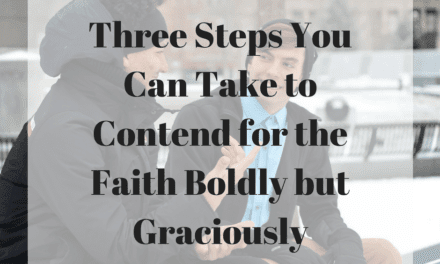 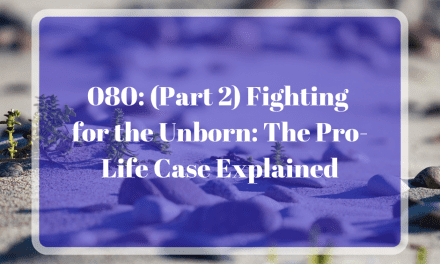 080: (Part 2) Fighting for the Unborn: The Pro-Life Case Explained 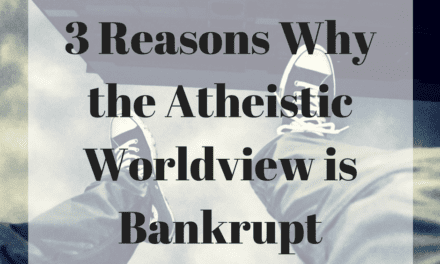 3 Reasons Why the Atheistic Worldview is Bankrupt 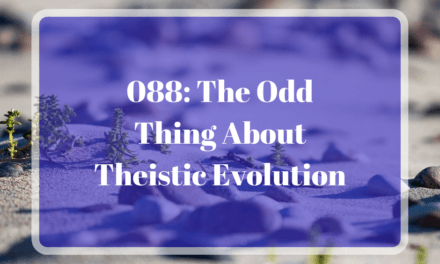 088: The Odd Thing About Theistic Evolution