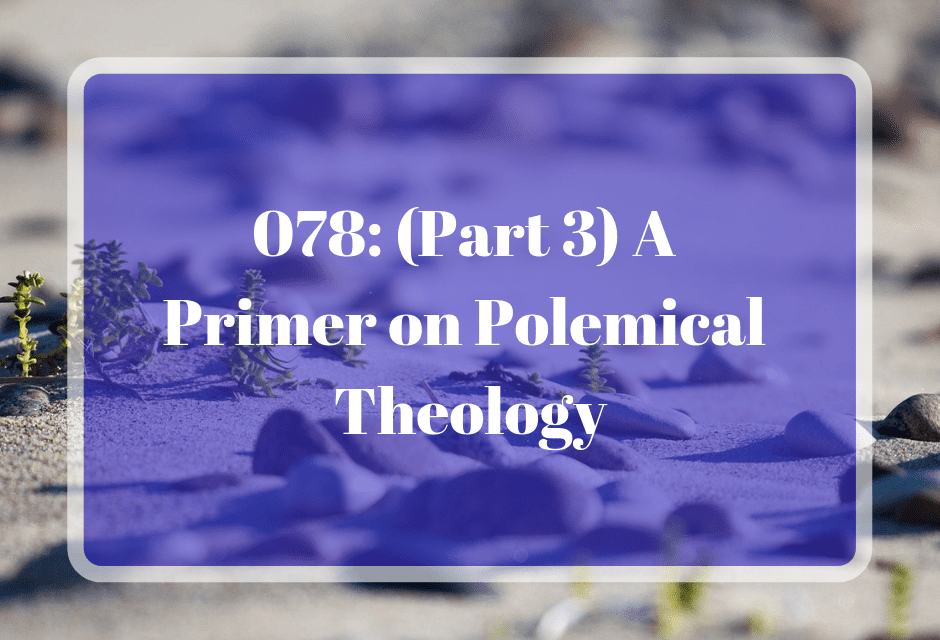 A hot subject of evangelical study today is the relationship between Israel and her ancient Near Eastern neighbors.

There are numerous views on this issue. Some say no relationship, some say it’s a deep relationship that means the Bible is another useless myth, and scholars land nearly everywhere in-between. This is far from a settled issue in academia.
One scholar, Dr. John Currid, has become known for highlighting an important aspect of this relationship—called “Polemical Theology.”

According to Currid, polemical theology is:

…the use by biblical writers of the thought forms and stories that were common in ancient Near Eastern culture, while filling them with radically new meaning…The biblical authors take well-known expressions and motifs from the ancient Near Eastern milieu and apply them to the person and work of Yahweh, and not to the other gods of the ancient world. Polemical theology rejects any encroachment of false gods into orthodox belief; there is an absolute intolerance of polytheism. Polemical theology is monotheistic to the very core…The primary purpose of polemical theology is to demonstrate emphatically and graphically the distinctions between the worldview of the Hebrews and the beliefs and practices of the rest of the ancient Near East.

It’s important to note that, in affirming this relationship, Currid does not deny the historicity of Genesis (or any of the Hebrew Bible). In fact, he believes polemical theology only serves to highlight the distinctness of Israel—in nearly every way possible.

While polemical theology cannot explain every facet of the relationship between Israel and her neighbors, it goes a long way toward better understanding it. And—if I may say, provides a wonderful new lens through which to view the Word of God.

I hope you’ll join me on part 3 of this journey! In this lesson we’ll briefly rehash what we talked about over the last few weeks, and look into the warranted extent to which polemical theology can be taken.

TCA Lesson 027: The Anatomy of the Fearfully and Wonderfully Made (BOH Series)